Centre of Contemporary Art “Signs of the Times” in Toruń was the first cultural institution settled by the parasite-artist. Here he released the first publication of “Manifesto of Parasitism”

At CoCA in Toruń Parasite organized:
– a group called Guerilla which was breaking into the exhibition’s tissue, as well on the openings as on free-entrance days (the group proceeded after the end of the “Parasite” in CoCA),
– exhibition entitled “Baloonland” that wasn’t consulted with authorities of the institution,

More information about Parasitism in Manifesto of Parasitism. 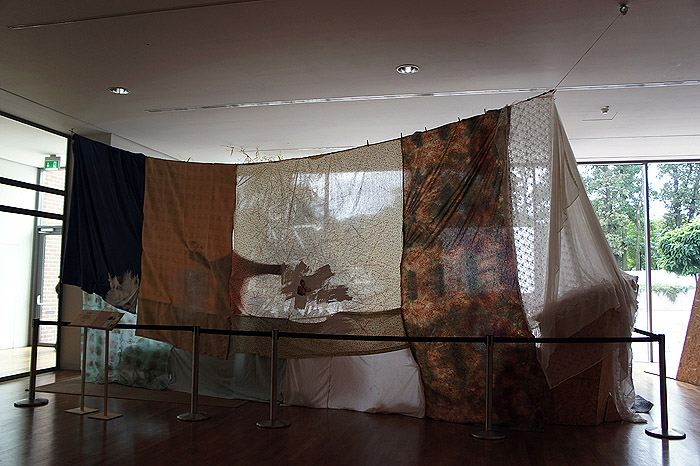 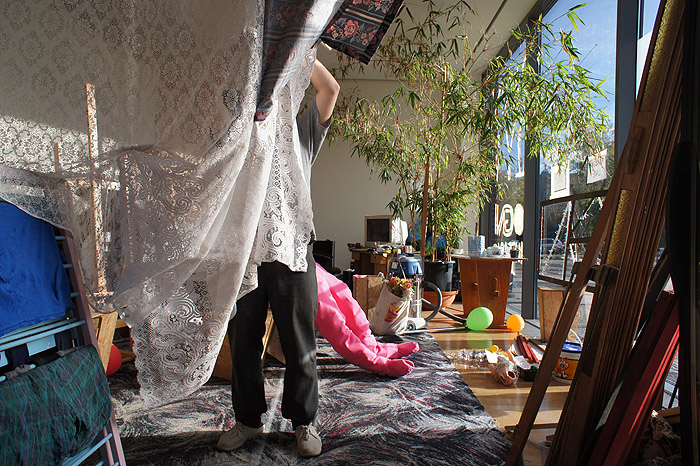 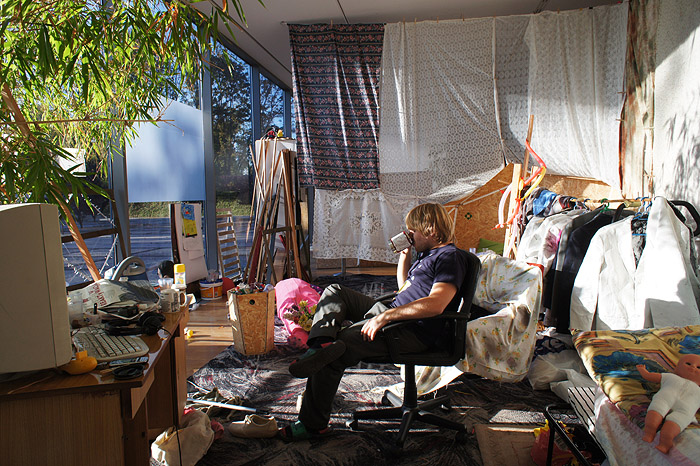 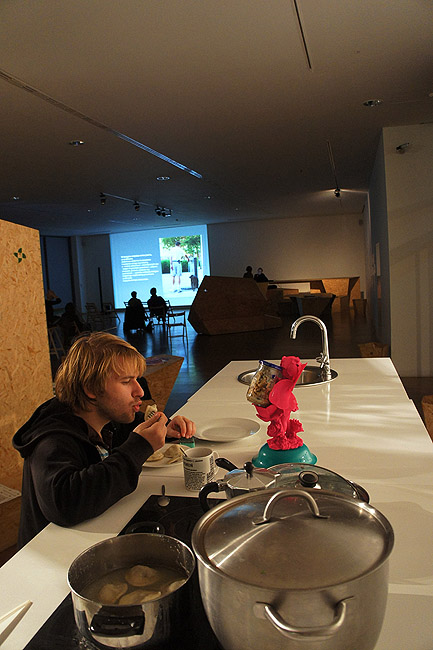 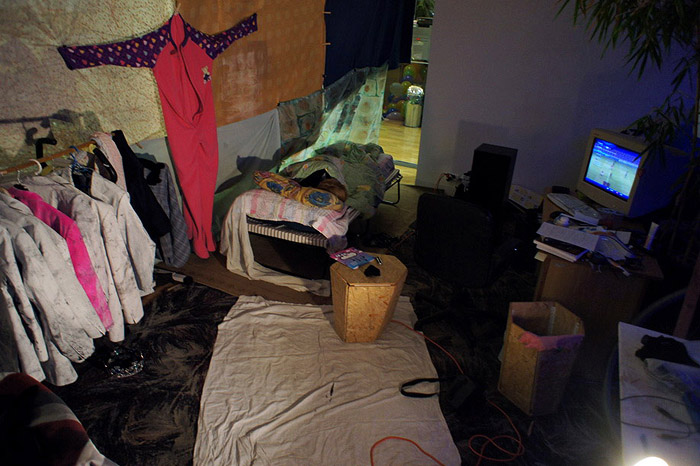 Guerilla, 2010-2011
Guerilla came into being as a reaction to Toruń’s art world. Toruń was a hermetic city, in the local community every aberration was treated as unwanted rebelliousness or even foolishness. The group consisted of volunteers, most of them didn’t work in the field of art on a daily basis. This activity was a kind of an admission for people from the outside of the system to commentate or criticize art on „salons”.
The group acted independently in galleries (without information and consultation with authorities of institutions), but on the same rights as other visitors. At first Guerilla performed only on free-entrance days, eventually the group started to act during the vernissages.
The group wanted to set up a soft diversion, sabotaging artistic institutions, confusing “art workers”. Guerilla focused on disruption of perception of art, began using more and more popular language of the art of performance, but also tried to adjust their actions to the nearest artistic surroundings (exhibition, vernissage), so that viewers weren’t sure if ‘it’s the exhibition or not’.
It needs to be emphasized that the group was a living thing, whose aspirations were constantly redefined by ongoing changes in the composition of the group. 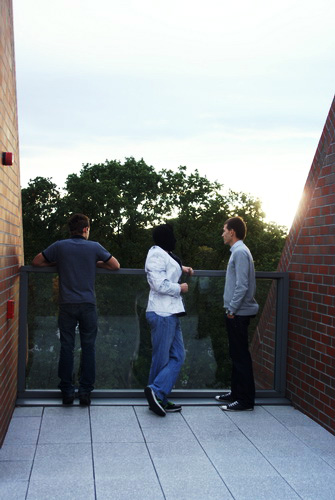 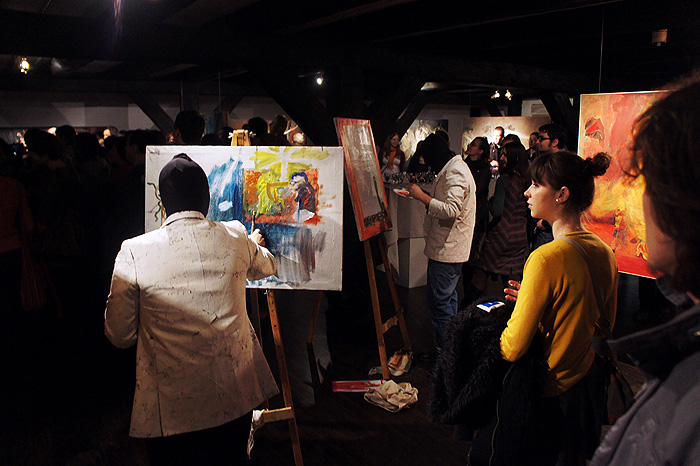 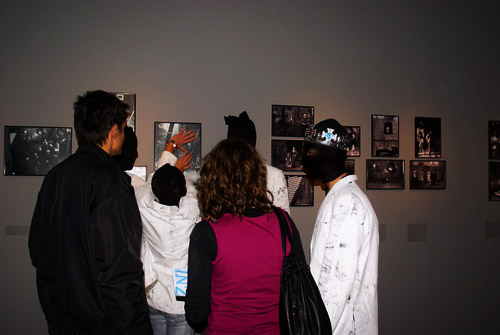 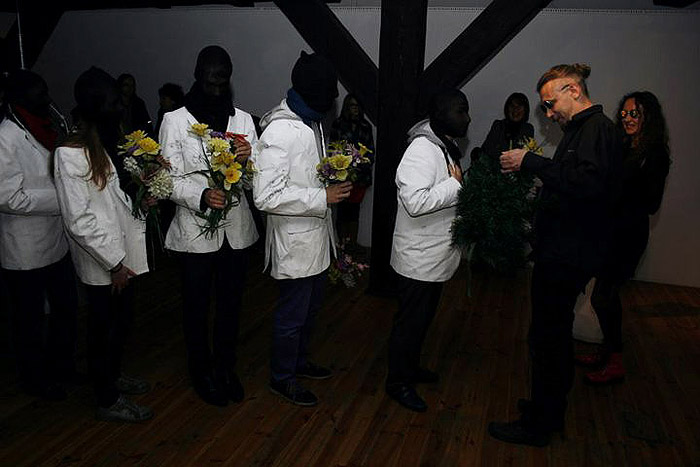 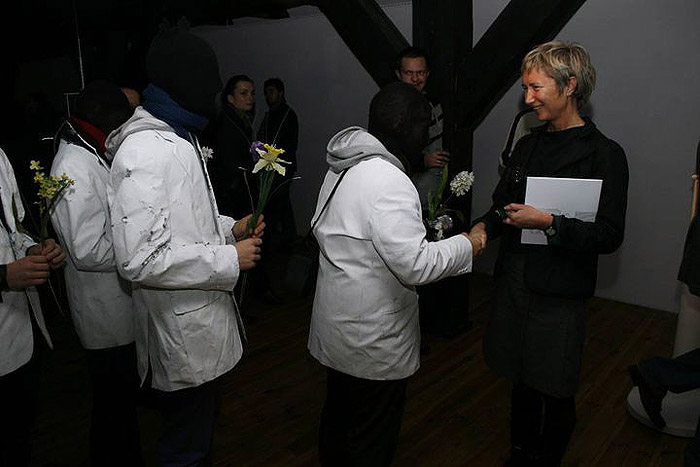 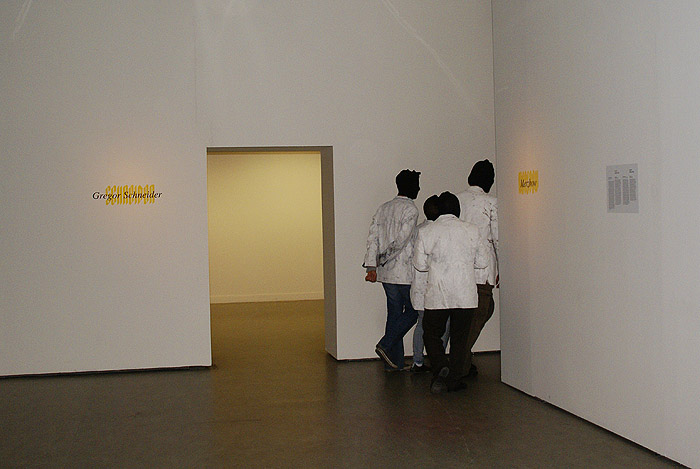 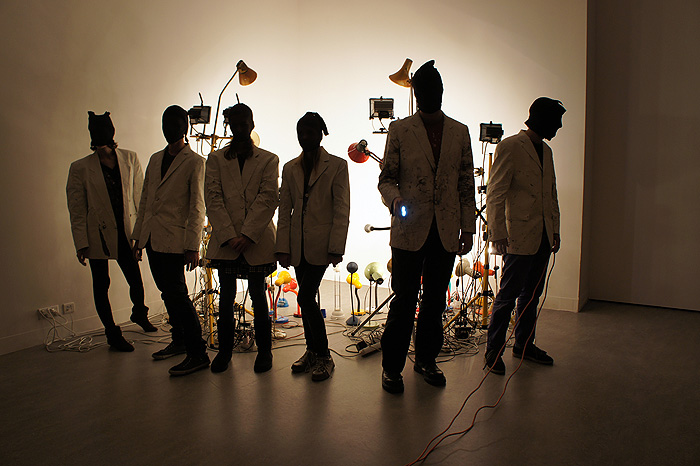 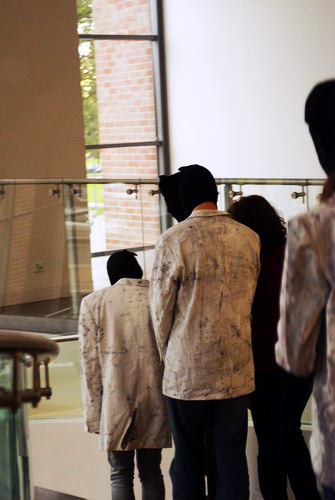 The exhibition „Baloonland” was created while Parasiting in CoCA (Centre of Contemporary Art) in Torun (17.09.2010-1.11.2010).
On the first floor of the art and culture paradise (of that time) in Torun, Parasite did his own exhibition right after the “Ideal exhibition” of the art group Azorro. “Baloonland” was created out of things that artist found in the institution and lasted – from the moment of installation – less than two hours, but occupied a substantial part of space.
By positioning his work in the biggest and renowned institution of culture and contemporary art in Poland (at that time), the parasite-artist obtained an obvious benefit – his status in the art world has improved. 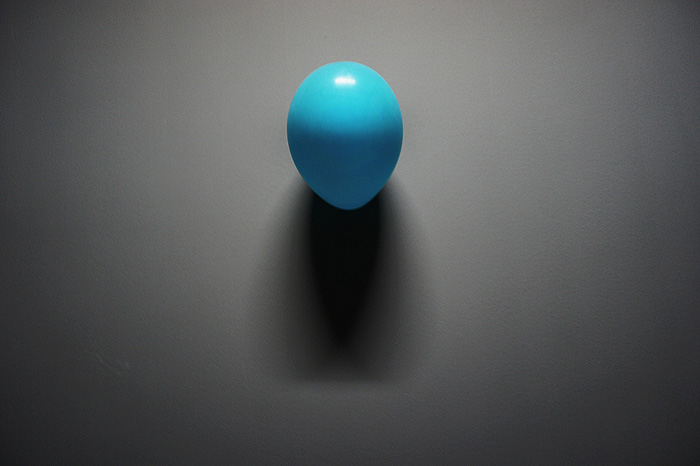 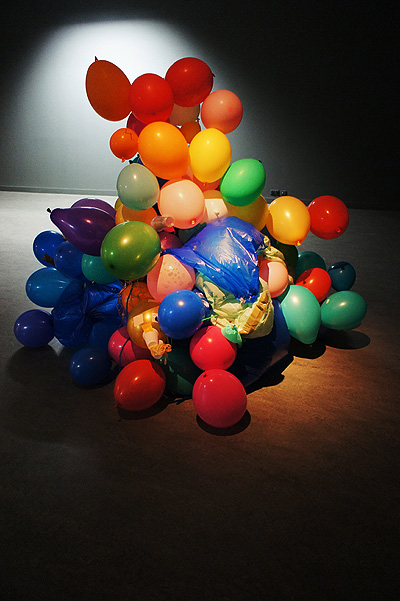 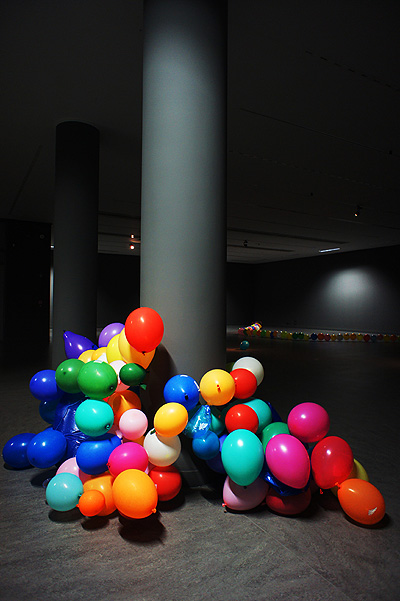 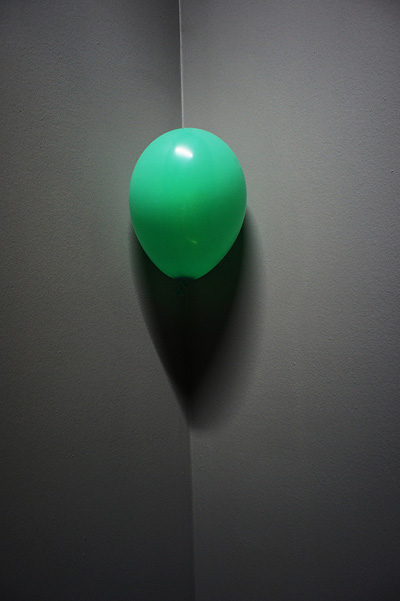 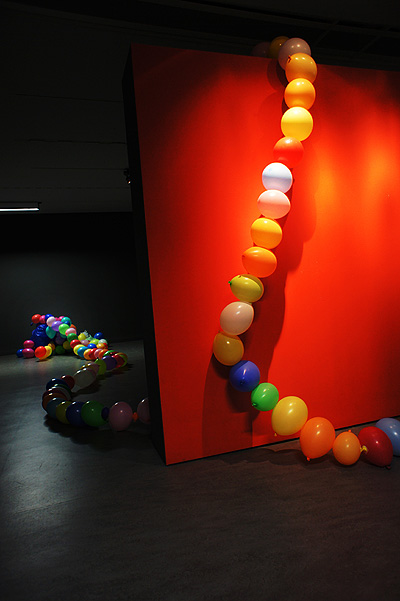 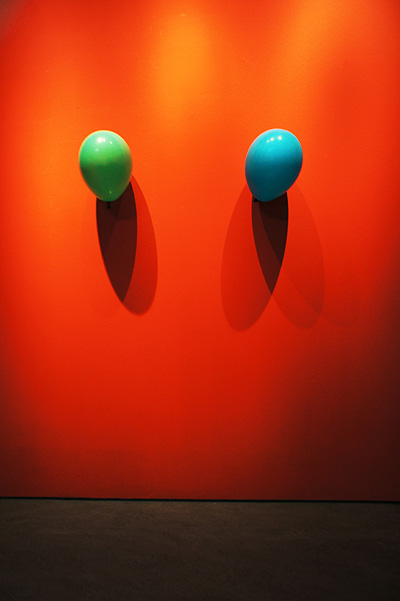 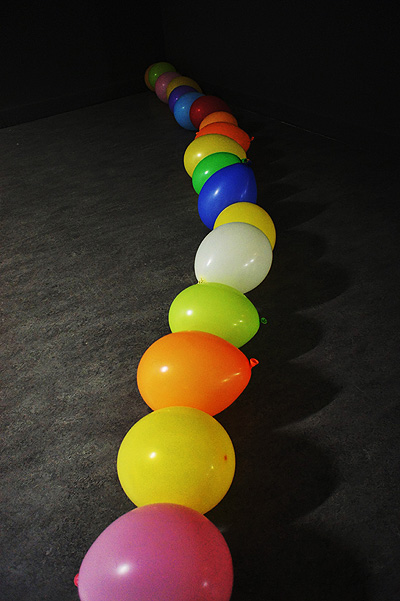 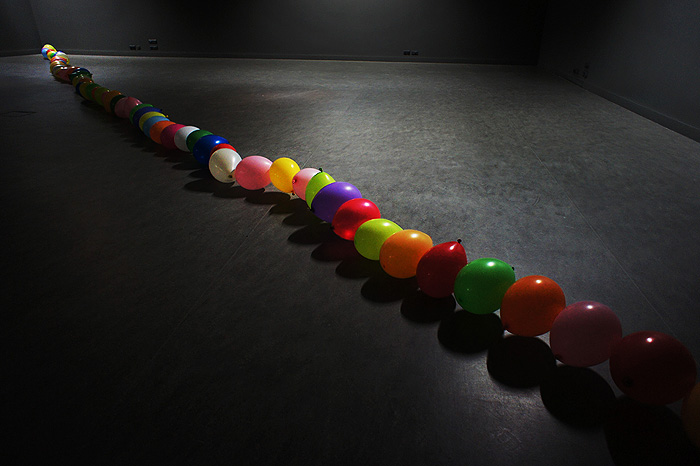